Out Now! An Evil Tale I Heard – sequel to The Devil’s Making 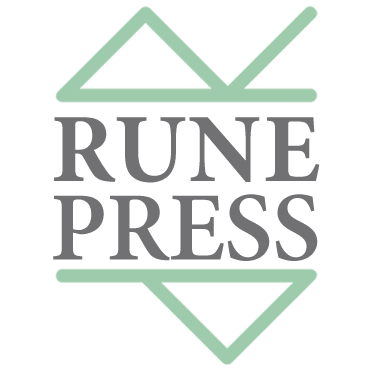 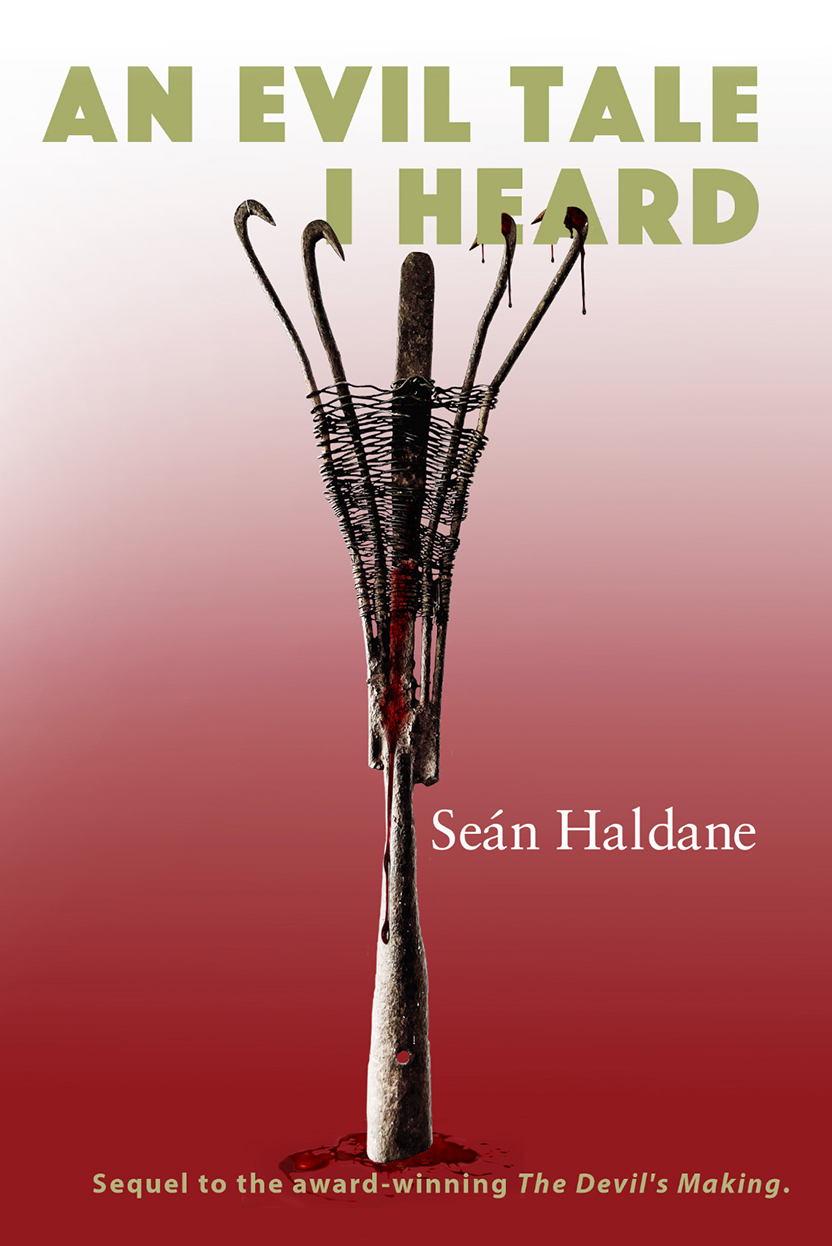 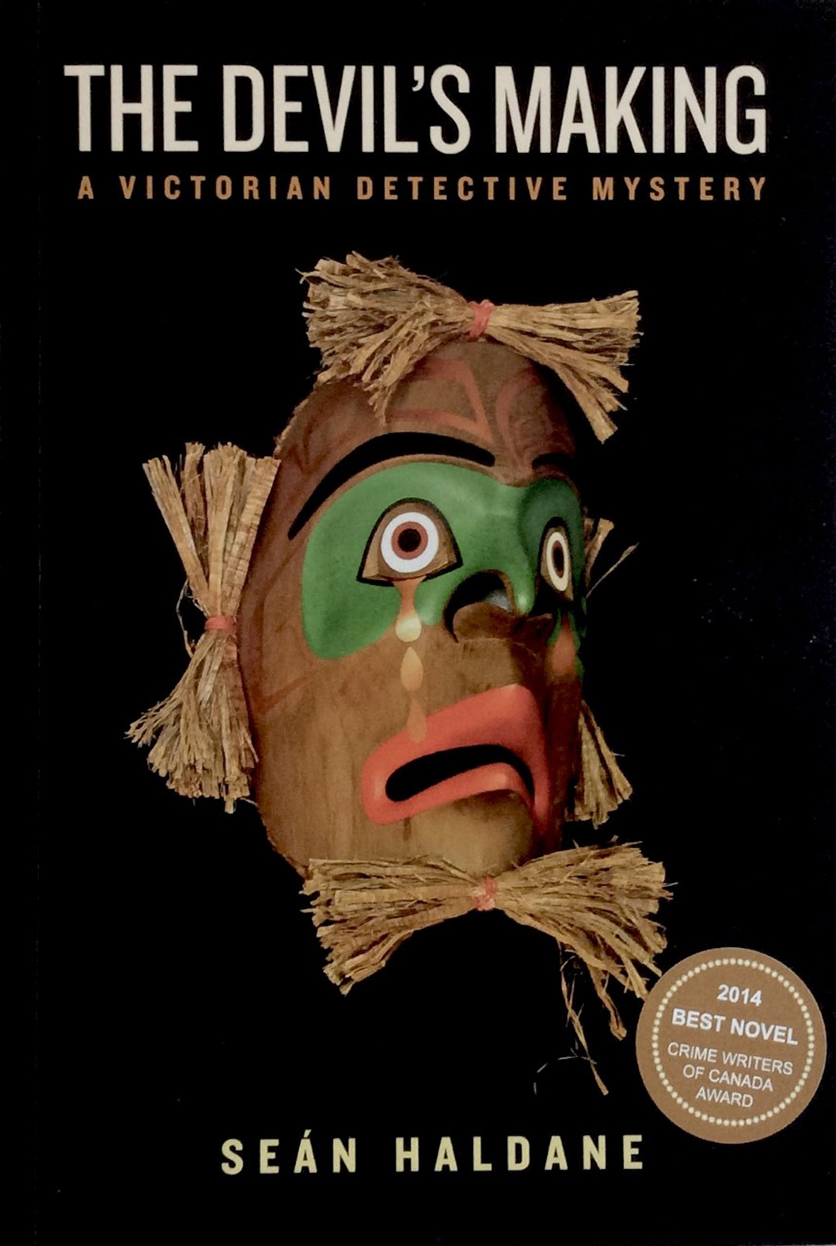 Runecomes from the Gothic word ‘runa’, meaning ‘secret’. In Old English it came to mean secret writing, and in Old Irish, spelled rún, it meant by extension a secret or treasured love.  It has also been borrowed into Finnish where ‘runo’ means ‘poem’. The poets Robert Graves and Valentin Iremonger in a correspondence in 1944 described poetry as ‘a shared secret’.

Rune Press Ltd was first incorporated as Rún Press in 2013 in Cork, Ireland, then transferred and incorporated as Rune Press in London, England. It publishes substantial collections of poems, and books about poetry, by poets whose work is already known through previous publications. It has now extended this original mission to publishing other literary genres. Furthermore, its imprint, Parmenides Books publishes ‘crossover’ books between literature and neuroscience.

The RUNE POCKET POEMS series was launched in June 2014 in Dublin and London with The Poems of Valentin Iremonger and The Poems of Martin Seymour-Smith – see an article from The Irish Times here.

Rune Pocket Poems bring the German ‘Taschenbuch’* tradition into the English speaking world, with quality hardbacks and softbacks which are small enough to be genuine pocket books.

Whether 100 or up to 500 pages long, they really do fit in the pocket of an overcoat, a jacket or a handbag. They are 9 by 15 cm–only twice the size of an i-Phone. They also look elegant on a shelf.

They won’t fall to bits. Their small size makes them economical in price for books of this quality–yet their typeface is easy to read. They are made to be enduring books for enduring poems.

*In Germany there is a very long tradition of small books, going back centuries, and a collection of Goethe’s poems in 1798 was referred to as a ‘Taschenbuch’, i.e.‘pocket book’. The famous Insel Verlag Taschenbuch series began in 1912, and other publishers continue the tradition. German pocket books are distinct from Anglo-American and French by being smaller: usually 3 ¾ by 6 inches / 9 by 15 cm. A typical Anglo-American paperback size is 15 by 20 cm, and the French ‘Livres de Poche’ series are usually 11 by 16.5 cm.

An Evil Tale I Heard

An Evil Tale I Heard is the sequel to The Devil’s Making in which the English policeman Chad Hobbes solved the mystery of the discovery of the mutilated body of a British settler on Vancouver Island, in the Pacific in 1869.

In 1871 Chad and his Tsimshian wife Lukswaas are on their way to England when Chad is asked to solve a new murder on another British island, Prince Edward Island, in the Atlantic. Its Mi’kmaq name is Abegweit – ‘Cradled on the Waves’. The Mi’kmaq are now outnumbered by French and English-speaking settlers and the island is in debt and under pressure to join Canada. Marie Évangéline, the daughter of one politician and wife of another, is found savagely beaten to death. Who is trying to kill whom? Who is in love with whom? These questions reveal great goodness, but ‘an evil tale.’

Having travelled from sea to sea, Chad is again pulled between law and justice in a world where secrets are well hidden and protected.

Victoria, 1869. The ramshackle capital of British Columbia, one of the last colonies in North America. Vastly outnumbered by native ‘Indians’, a few thousand British, American, European, and Chinese settlers aspire to the values of the Victorian age.

In the forest, a mutilated body, is discovered: Dr McCrory, an American ‘alienist’ whose methods included phrenology, Mesmerism, and sexual-mystical ‘magnetation’.

Chad Hobbes, arrived from England, is the policeman who must solve the crime. Could the murderer be a Tsimshian medicine man, Wiladzap, who is immediately arrested? But everyone who has known McCrory – respectable or not – has something to hide.

This is a detective mystery and more. Victoria’s inhabitants find themselves in a Garden of Eden but have to face the savagery which they readily see in the ‘Indians’ but also exists in themselves. Darwin wrote that the difference between the savage and the civilised person is ‘the difference between a wild and a tame animal’. Is this true? Chad faces this question not only in the new territory in which he finds himself, but in himself – and in those he comes to love.

● Winner of the Arthur Ellis Award for Best Novel, Crime Writers of Canada 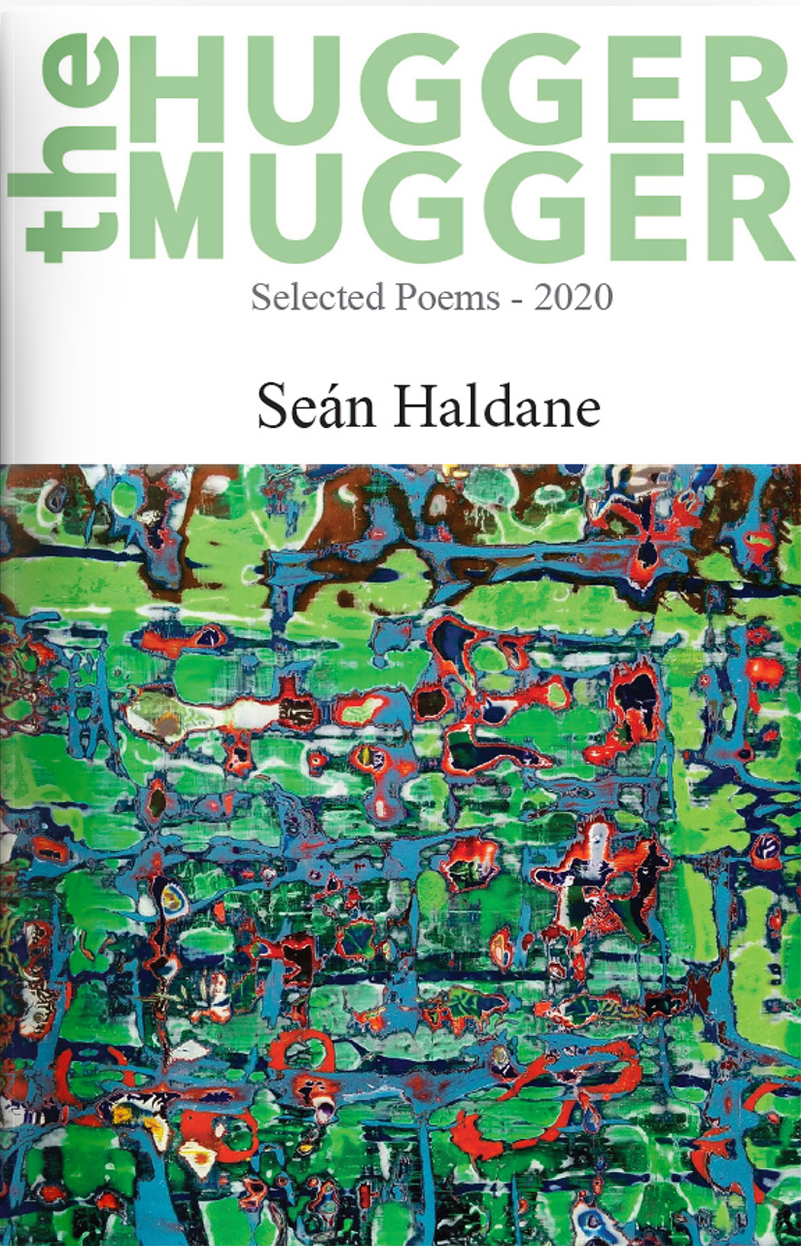 Seán Haldane, born in 1943, is the author of six collections of poems, two historical crime novels, and four books on psychology and neuroscience. He lives in England and Canada.

‘I like Seán’s poems: clean, accurate and no nonsense…. They make sense, which is rare these days.’
Robert Graves (1968) 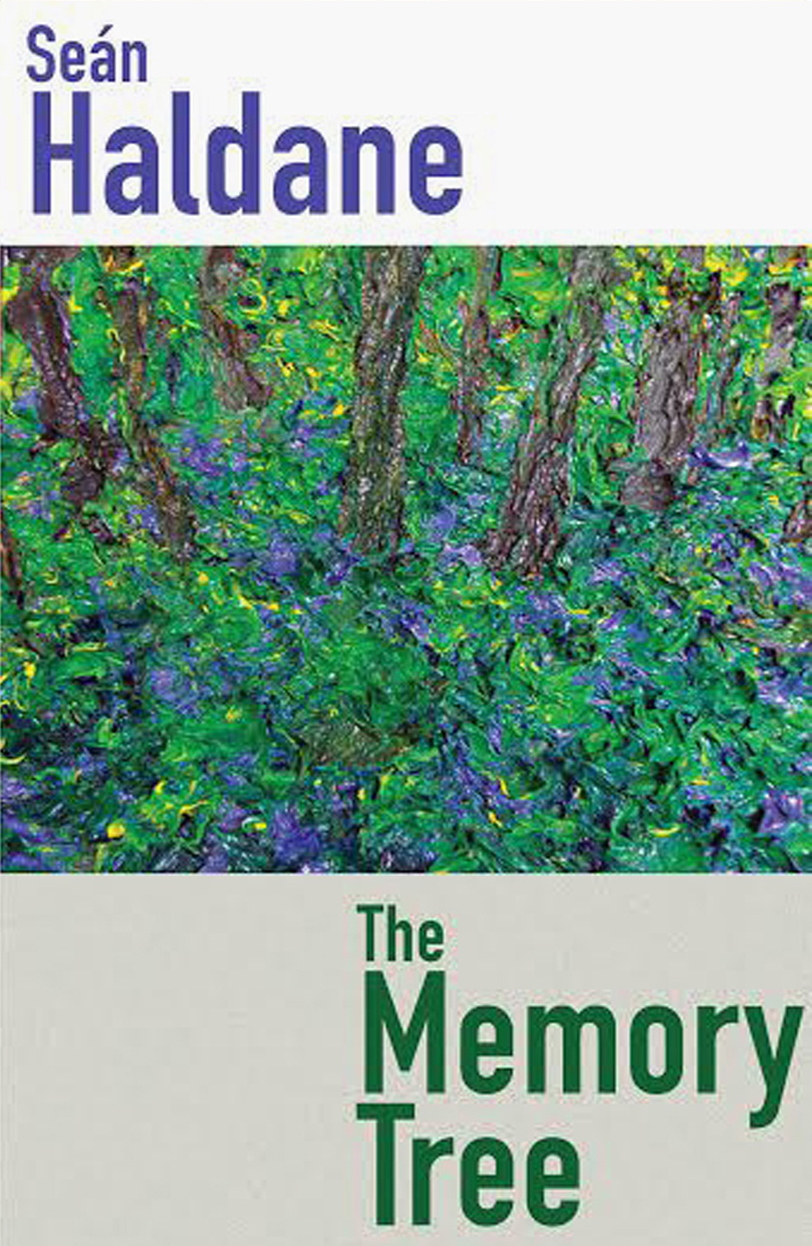 ‘The poems display… a consistent voice, which mark them out as written by Seán Haldane and no other.’
David Cameron (2009)

‘Not unlike walking very close to a waterfall. Things sparkle and flash on all sides.’
Helena Nelson (2010)

• Distribution by permission from  Greenwich Exchange. This book is not in the Pocket Poems format. 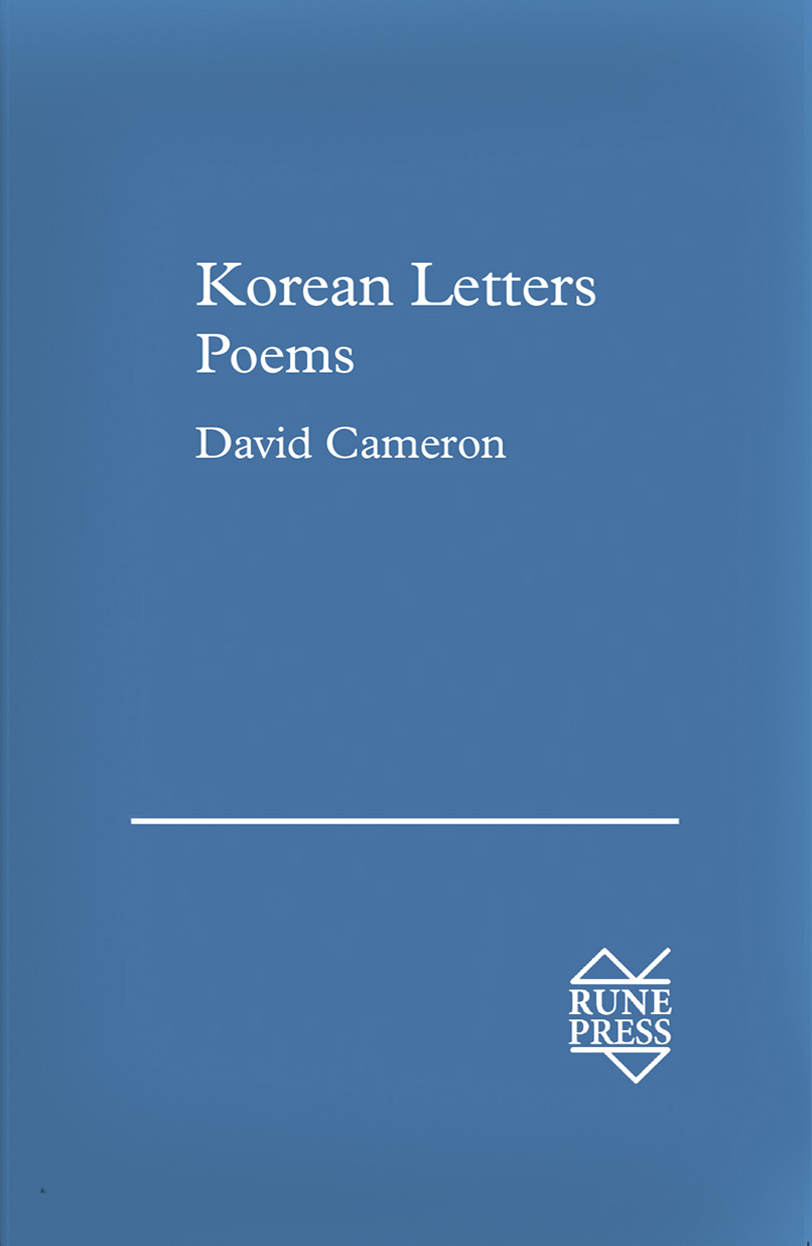 Korean Letters and The Bright Tethers

The title poem of Cameron’s 2020 collection, Korean Letters, draws on fragments of letters written by his late father, George, while on National Service in Korea. The poem was included in the anthology of radical Scottish poetry, A Kist of Thistles.

The book includes ‘In a Darker Vein’, a cycle of poems set to music by the Toronto-based composer, David Jaeger. ‘This musicality is perhaps what struck me most,’ wrote the reviewer Anne Daly. ‘While reading many of the poems in this collection, I felt like I could hear the author’s voice in my mind.’

If anyone can bring me back
To the trail I thought had gone cold
Of fearful capes, killed mockingbirds
And, near the knuckles, LOVE and HATE
To arrive at my daddy driving
A dog sled over Arctic ice,
Sylvia, Sylvia, it’s you. 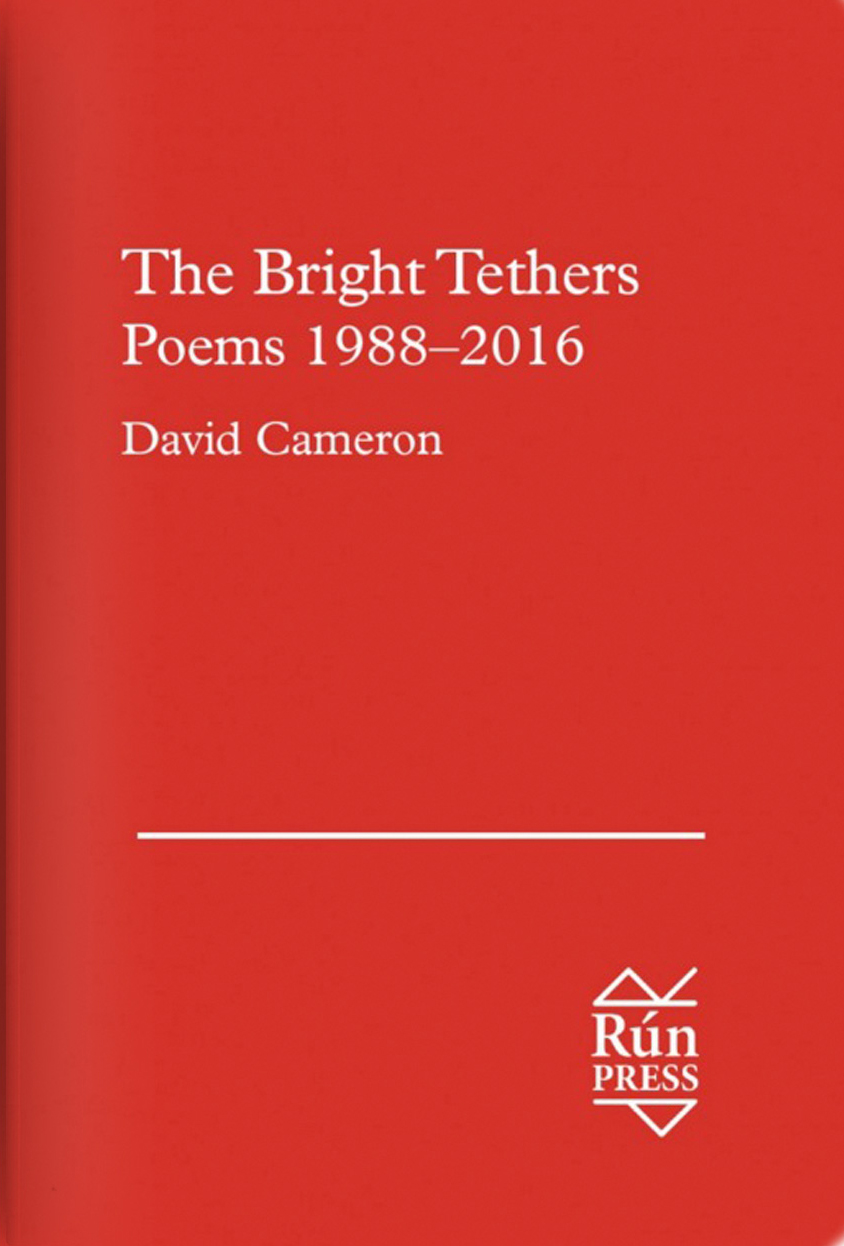 Seamus Heaney wrote that David Cameron’s poetry provides ‘an answer to Frost’s wish for poems about subjects common in experience but rare in books.’ In 2014, Cameron received the Hennessy Literary Award for Poetry.

The Bright Tethers was chosen as a Book of the Year (2016) in the press by the poet Ron Butlin, who called Cameron ‘one of the most insightful and thought-provoking poets around.’ It contains almost three decades’ worth of poetry, mainly on the themes of childhood, loss, outsiderness and love. Reviewing the book, D.A. Prince remarked: ‘Thoughtful, tentative, musical, human in scale: these are poems which deserve to last.’

Why do fears come? Nothing on any shelf
Can tell you in this place of simple rhyme.
The child’s asleep, and has been for some time.
You’re only singing now to soothe yourself. 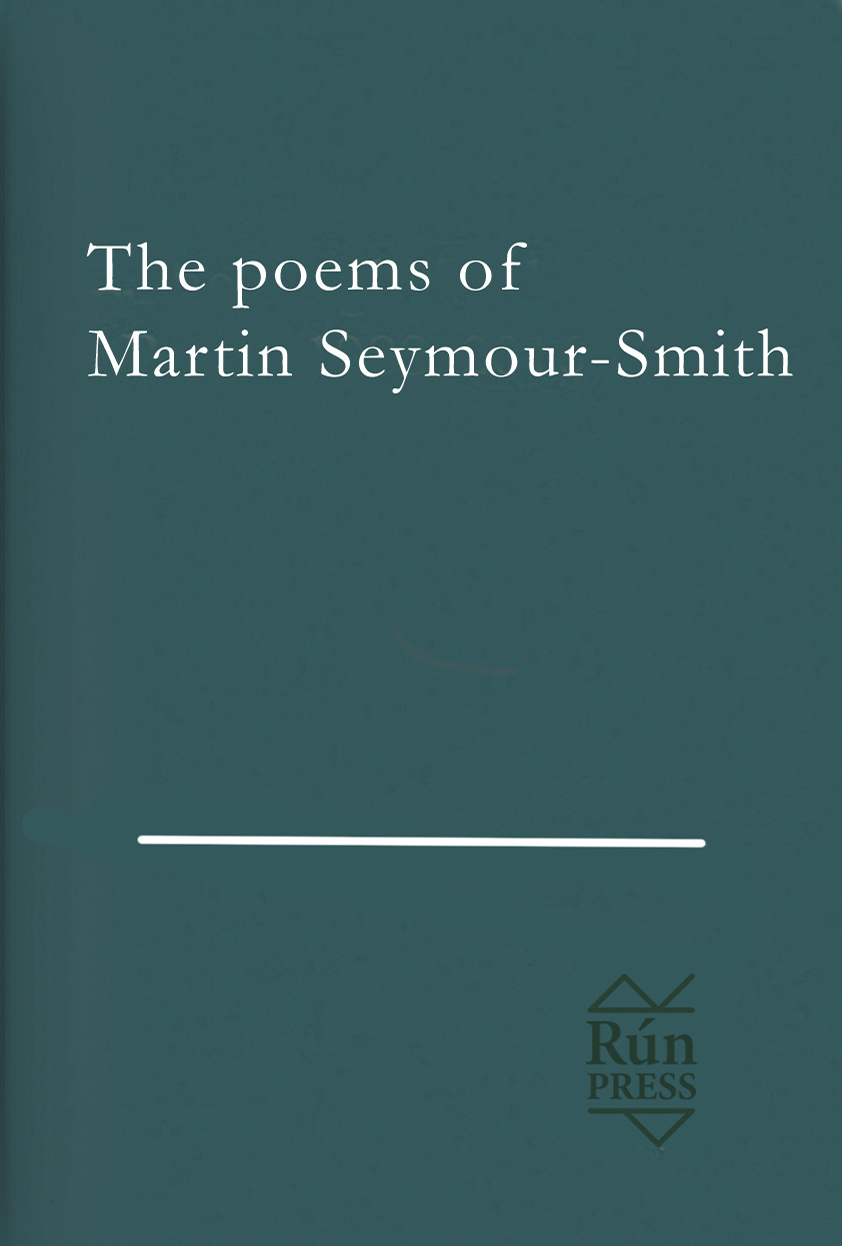 Martin Seymour-Smith (1928-1998) was the polymathic author of the colossal Guide to Modern World Literature (1973, 1985), many other reference books, and definitive biographies of Thomas Hardy and of his friend Robert Graves. His commitment to making known the writing of others has obscured the fact of his own dedication to poetry, and the existence of some 150 of his poems (until now only in separate volumes) in which his own emotional and intellectual conflicts are fought through in the context of his century. Writer, soldier, bantam-weight boxer, encyclopaedist, father, friend, tormented and ecstatic lover – Seymour-Smith’s voice as a poet is one of the most distinctive of his time. His earliest poem, written when he was a boy, ends prophetically:

And all around him, while he spoke, there beat
The endless drummers of subtracting night.

In his life he insisted on maintaining his integrity in an age of declining standards. Few poems of this age are simultaneously as intelligent and passionate as these. 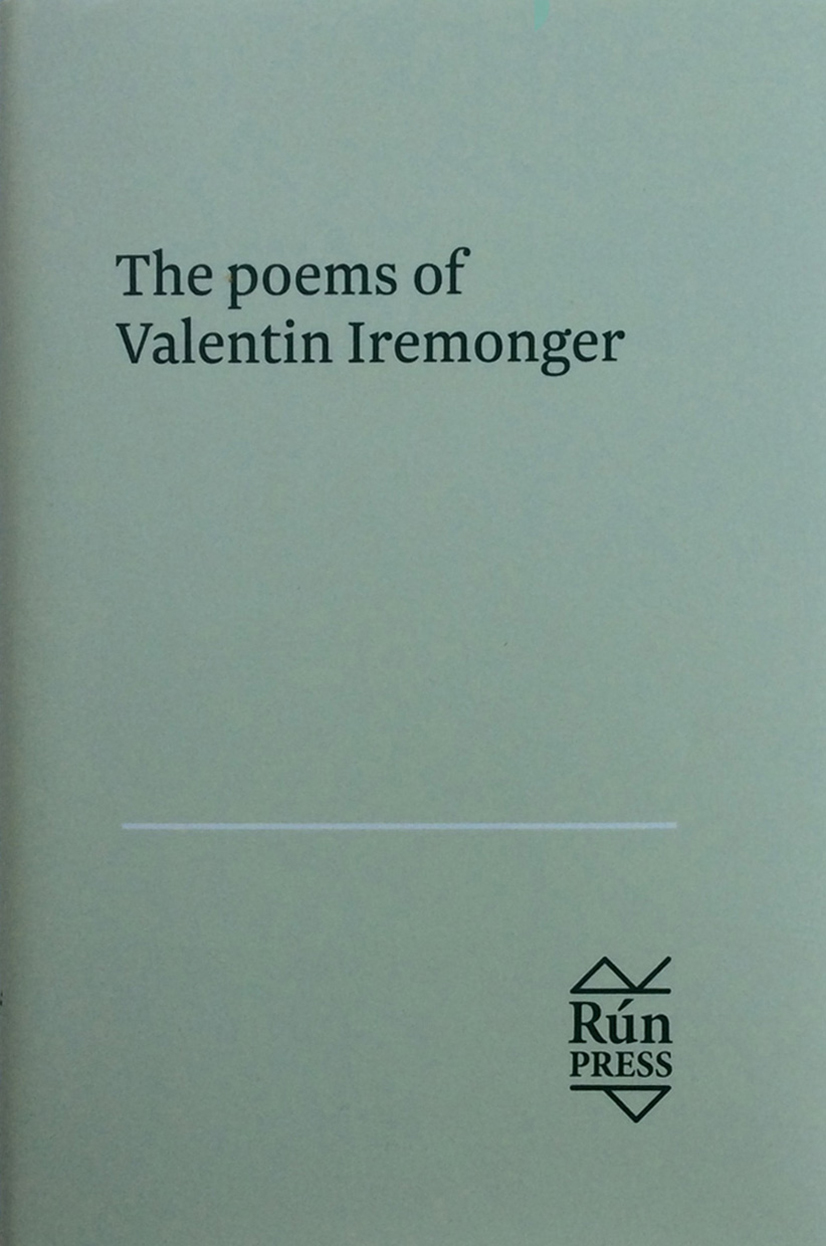 Valentin Iremonger (1918–1991) is the quiet man of 20th century Irish poetry in English. As he wrote to Robert Graves in 1944, ‘If, as you say, poetry is a sharing of secrets, today these secrets are proscribed and it is not by shouting and tearing one’s hair or by roaring through a microphone they will be shared.’

As a diplomat living with his family abroad (First Secretary in the UK, Ambassador in Sweden, India, and Luxembourg), he was in no position to promote his poems, but nor was it his temperament to do so.

The poet (in Irish) Máire mhac an tSaoi wrote after his death: ‘Valentin Iremonger, both as a poet and as a human being, radiated integrity.’ His poems are, to use a phrase Iremonger applied in a review, from ‘the only place where poetry can be found – in the everyday life of the people around…’ And as Seán O’Faoláin wrote, ‘one rarely hears a modern idiom, a modern speech. (I find it in the tense poetry of W.R. Rodgers and in the hesitating rhythm of Valentin Iremonger)’. Iremonger’s poems are the epitome of ‘feeling thought’ – the rhythm, whether hesitant or driving, carrying them often in unusually long but lucid sentences.

This collection is as close to complete as we have found possible: it includes all poems from his published volumes, with some published only in periodicals, and a few unpublished. It also includes passages of poetry from his radio play Wrap up my Green Jacket.